Rampage United Campaign has a lot more events inside the game which offer you the opportunity to claim many exciting rewards. Some events from the Rampage United Campaign will provide you the rewards in exchange for diamonds whereas some events will offer you to claim the rewards for free. Talking about the Free Fire Max Rampage Identity Campaign, the players will not need to spend any currencies for obtaining the Earthshaker Grenade or more. 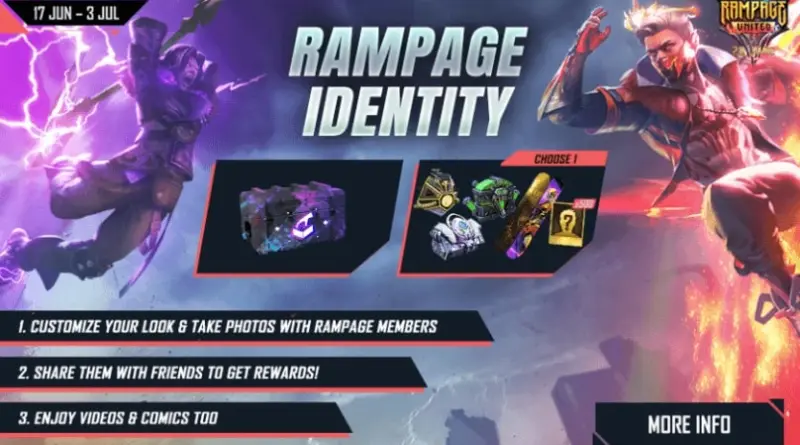 After the Free Fire Bomb Squad Series, the players are now ready to participate in the Rampage Identity Event. Some in-game items with a rampage theme will be given to gamers for free. A special and distinctive Rampage identity event and some free things started today. 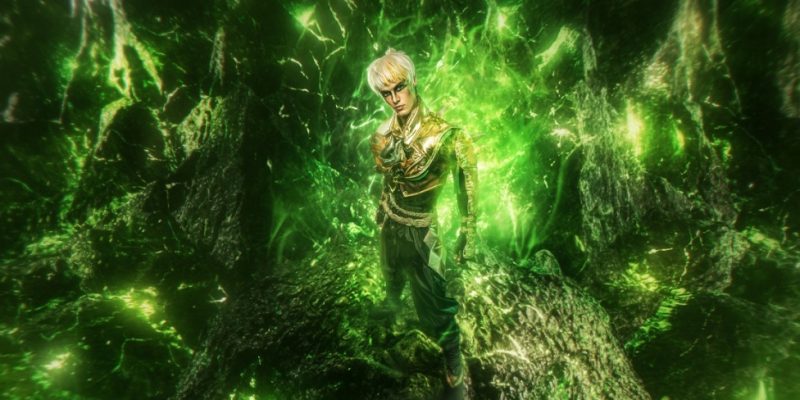 The Rampage Identity event was launched on 17 June 2022 in the game and will be available till 3rd July 2022.

This event is considered one of the easiest events to participate in and complete to unlock the rewards. When it comes to the Rampage Identity event, players will need to customize the look of the avatar.

Additionally, if you are unable to customize the avatar’s look then you can ask the other member of the Rampage United Campaign to get the readymade pictures. When you got the pictures then you will need to share them with other participants to unlock the rewards. There is another task also available at the event which is “Watch Videos”.

By watching the provided videos in the Rampage Identity event, you can unlock some more rewards. If somehow you are unable to watch the videos or play the video on your device then you can use the incognito also known as the internal browsing tab to run the video. Watching the videos will not be going to appear as a task in front of you but it will also allow you to entertain yourself while playing the game to unlock the rewards.

Players will receive a Rampage United Choice Crate as a prize for finishing the event. Players must open this crate to obtain one of the desired rewards because it will be immediately added to the in-game storage.

List of Items of Claim in Rampage Identity Event

Now you are going to read the easy step-by-step guide that will allow you to obtain the grand prizes such as Earthshaker, Sabertooth Loot Box skin, and also much more. Read below to know every step.

Step-1 Open the Free Fire Max application then search for the Calendar option.

Step-2 when you find the Calendar option then tap on it to option the Rampage United event section.

Step-3 Hit the Rampage Identity option and then the event interface will open over the screen.

Step-4 Now, the players can customize the look of their avatar according to their taste.

Step-7 After these steps, you will get the Rampage United Choice crate that you can open to claim your favorite reward.

Follow the given simple steps and get the opportunity to avail of the latest and free in-game cosmetics from the Rampage Identity event.

Sunny Ghumanhttps://freefire.blog
Sunny is a professional content writer, website designer and owner of Free Fire diamond website. He is sharing content best way to earn free diamond. Free Fire diamond is a best website for every player whose playing free fire. This website updates every day new redeem codes for get free diamonds.

Get the Aqua Rouge Bundle for Free from Rampage Fort Event in FF Max!

How to get Unlimited Diamonds in Free Fire? (100% Working Process)

woo7.in Free Fire Unlimited Diamonds: How to Use?